Earlier this year, the Vermont Solidarity Investing Club hosted its fifth annual meeting to take stock of its assets, including investments in a Vermont-based grocer, a pickling company in Massachusetts, and a restaurant group from Colorado.

But unlike traditional investment clubs, VSIC’s 27 members have made all of their investments in co-ops.

To date, VSIC’s 27 members have invested more than $60,000 in nine different businesses and funds, making it a sort of co-op for co-ops.

“Our distinction is our focus specifically on investing in cooperatives,” says Matthew Cropp, chair of VSIC.

VSIC was founded in 2016 and is incorporated as a limited liability company, rather than a cooperative corporation.

That said, in the co-op tradition, the club governs itself on a one-member, one-vote basis when it comes to decision-making. Each member owns a portion of the LLC, which they contribute $20 to $200 on a monthly basis. Investment decisions are made at quarterly in-person meetings or between meetings using the online voting platform Loomio.

The largest of VSIC’s current investments is in the Cooperative Fund of New England, which loans money to co-ops, democratic worker-owned businesses, and community organizations, and — like VSIC — is not incorporated as a co-op per se, but operates on consensus decision-making.

VSIC also invests in other cooperative funds and financial institutions, like the Kachuwa Impact Fund and the Vermont State Employees Credit Union, but its portfolio includes retail and wholesale businesses too, such as City Market and the worker-owned cooperative Real Pickles.

According to Real Pickles co-founder Addie Rose Holland, the company makes use of traditional lines of credit for regular expenses like purchasing vegetables — but community investors like VSIC allow the co-op to take on larger projects, like improvements to their production facility.

VSIC was part of a round of community fundraising in 2019, which allowed Real Pickles to install a solar hot water system and second solar array, making its operations 100 percent solar powered.

For Holland, using community financing to invest in renewable energy reflects a two-way street of support and responsibility.

“It’s important because we’re sharing the risk with our community and it allows us to have a little bit more flexibility with how we use the money,” she says. “We’re also, through these relationships, wanting to make sure that we’re doing responsible things with that financing as well.”

While supporting the growth of existing co-ops such as Real Pickles is part of VSIC’s mission, the club also focuses on developing entirely new cooperative ventures.

“In the short term, our goal is to support the creation and growth of co-ops in our community and more broadly,” says Cropp, the VSIC chair. “We also seek to create and maintain a community of practice for folks locally interested in solidarity economy organizing that can spin off into new co-op projects.”

One such spin-off is the Vermont Real Estate Cooperative. Launched by VSIC members in 2019, VREC purchased its first property, a commercial space which is leased to a tenant, last year. Today, VREC has more than 40 members with over $100,000 in assets and is considering further investments in commercial and real estate property.

For Cropp, the ability of VSIC to not just financially support existing cooperatives, but to help form new ones like VREC, is essential.

“Our hope is that the club will serve as a key building block in the local co-op development ecosystem,” he says.

Check out these related stories and resources:

Related Topics:
Up Next

This site uses Akismet to reduce spam. Learn how your comment data is processed.

You might be thinking, “If I donate money to the church, will I receive any LDS donations online?” Donations are received and made through the church office online. Online donations are not received in the same manner as a physical church donation. 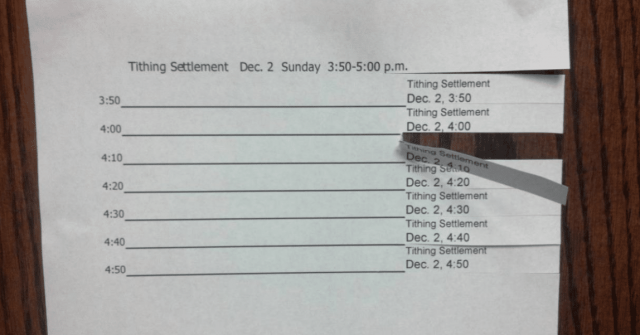 It is important to note that there are rules and regulations associated with LDS donations. Generally, anyone can make contributions online. But the process of making an actual contribution requires a valid reason like being a member of the church. Your reason must be documented so that the IRS, which is the government agency that regulates non-profit organizations, will consider your donation valid. It is advisable to keep a copy of your records for a couple of years.

There are certain steps that you need to follow when you make an online donation. The first step is to select the correct site. Look for the right website that is acceptable to you. Some sites do not accept donations from businesses or non-profit organizations. Also, some sites charge a certain fee when you make a payment.

You might want to make an online payment for your donations especially if you need the money urgently. This way, your church can ensure its safety by protecting it from fraud and scams, and it can also give the money to those who really need it. Legitimate online charities will never ask you for money upfront when you donate so there is no need to be apprehensive about this. They will also not ask you to supply any information on you like your social security number so you can be assured that your contributions will not be used fraudulently.

When you donate, it is important that you make sure to choose a charity that you feel comfortable with. The choice should be made based on your religious beliefs, so you can be sure that the money you give will be spent wisely. Donations can help many people around the world so it is very important to make sure that your donations will go straight to the cause you are helping. Your support can make a huge difference in someone’s life, so make sure that your financial support goes to where it is needed. The Massachusetts Institute of Technology has announced a $50 million commitment from alumnus and professor emeritus Paul Schimmel (PhD ’66) and his family in support of the life sciences department.

Schimmel’s fifty-year affiliation with MIT includes thirty years of teaching and research. Though he left MIT in 1997 to join Scripps Research Institute, where he is the Ernst and Jean Hahn Professor, he has remained active in supporting the institute’s research enterprise, specifically by assisting MIT graduate students. Schimmel and his wife, Cleo, provided an initially anonymous donation in support of Building 68, the most recent home for the Department of Biology, and also have provided support for graduate fellowships for outstanding women in the life sciences, the endowment of the Teresa Keng Graduate Teaching Prize, and what is now the department’s Graduate Training Initiative.

“The life sciences educational enterprise spreads across a dozen departments at MIT,” said Schimmel. “What makes the biology department and the life sciences at MIT so extraordinary is the singular ability to transfer knowledge and inventions to society for its benefit. That is much of why Kendall Square and Boston are what they are.”

“We are extraordinarily grateful to Paul, Cleo, and the entire family,” said Nergis Mavalvala, the Curtis and Kathleen Marble Professor of Astrophysics and dean of the MIT School of Science. “Not only do the Schimmels understand, from a firsthand perspective, the need to support graduate students, but they also understand that these young researchers are the future of our life sciences endeavors outside of MIT, in fundamental research, biopharma industries, and beyond.” In the wake of the killings of George Floyd, Ahmaud Arbery, Breonna Taylor, and others, the share of U.S. households that gave in support of racial and social justice increased from 13 percent in 2019 to 16 percent in 2020, a report from the Indiana University Lilly Family School of Philanthropy finds.

Based on a survey conducted in September 2020 of more than fifteen hundred adults, seven focus groups with donors of color, a literature review, and two case studies, the report, Everyday Donors of Color: Diverse Philanthropy During Times of Change (46 pages, PDF), found that while giving in support of racial and social justice increased across all demographic groups last year, Asian-American/Pacific Islander (31 percent) and Black (19 percent) households were more likely than Hispanic/Latinx (14 percent) or white (13 percent) households to give to those causes. Compared with donors to other causes, those who gave to social justice causes in 2019 tended to be slightly younger, less likely to attend religious services regularly, less likely to be married, and more likely to show higher levels of general trust and willingness to “work for the well-being of society,” “make an effort on behalf of others,” and “give help to the poor and those who need it.”

Funded by the Bill & Melinda Gates Foundation, the study also found that donors of color take diverse approaches to giving and are helping lead a shift toward non-traditional forms of philanthropy, such as mutual aid, crowdfunding (34 percent), and other sources of grassroots giving, as well as donating goods (70 percent), volunteering (53 percent), and donating blood (34 percent) in a typical year. During the COVID-19 and racial justice crises of 2020, donors of color prioritized giving to minoritized racial/ethnic communities and supporting racial justice efforts, including by championing diverse leadership in the philanthropic and nonprofit sector. Another notable development was a growing focus on philanthropy across ethnic/racial boundaries to build coalitions and solidarity — for example, between AAPI, Black, and Indigenous communities.

“Donors of color are changing the fabric of philanthropy in this county as a whole by bringing greater visibility and awareness to giving practices and approaches that have been particularly relevant amidst COVID and the movement for racial justice,” says Una O. Osili, the Dean’s Fellow of the Mays Family Institute on Diverse Philanthropy. “We’re witnessing a re-imagining of how the philanthropic sphere can approach issues of social and racial justice. Donors of color are leading initiatives to drive change and tackle inequities from the past year, and those efforts are also being more frequently recognized and supported by institutional funders outside of communities of color.”